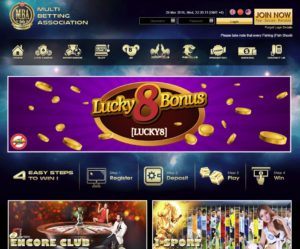 Online lottery is now getting more popular among online casino players in Malaysia. One of the most popular online lotteries today is the Malaysia Big Sweep Super 7. This game was developed by Pan Malaysian Sweeps Sdn Bhd which promotes and distributes sweepstakes tickets under their primary brand Big Sweep.

Big Sweep operation is managed by the Pubic Sweepstakes Act. The proceeds of Big Sweep are donated to Yu Cai Foundation, a charity that nurtures talent through education. They preprinted tickets to the public with appointed agents. The first draw of the game was conducted on March 18, 1989. The amount of tickets sold is already more than 2.8 billion.

Big Sweep Super 7 has various gameplays which are the main draw as well as the Scratch3Win games. You have the opportunity to win first prize for more than seven attempts. Every ticket has a 7-digit number which ranges from 1xxxxxx up to 7xxxxxx. You can have seven series of tickets. You must match the numbers drawn to the last 6 digits to win the game.

Every winning ticket allows you to get a prize which depends on your number combinations. Your ticket is composed of two sections, the main draw and the Scratch3Win sections. The latter section has main scratch and bonus scratch area. You can scratch it to know the results. Bonus scratch offers you another chance of winning a prize. There are about 1769189 instant prizes that you can win in each draw.

On the other hand, the main draw has unique 7-digit numbers preprinted on every ticket. The main draw can offer the players with 56189 prizes. When you win in the game, you can claim your Big Sweep Super 7 prizes by visiting their main or branch offices. Aside from the entertainment, you can also enjoy winning prizes in this game.